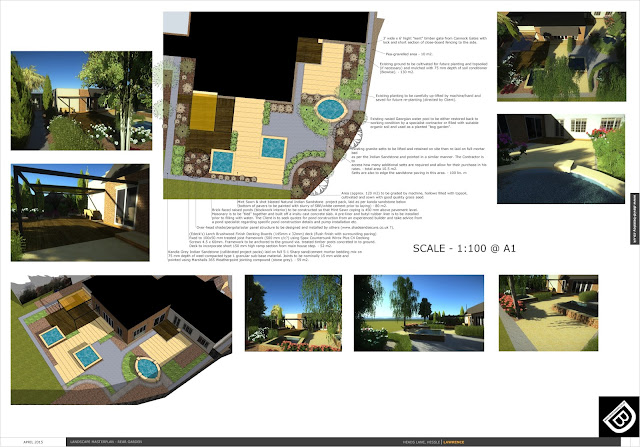 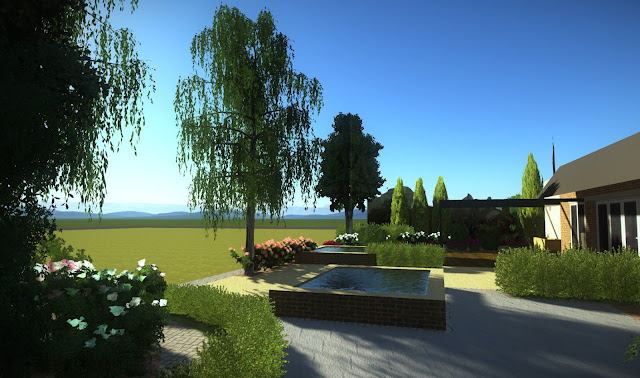 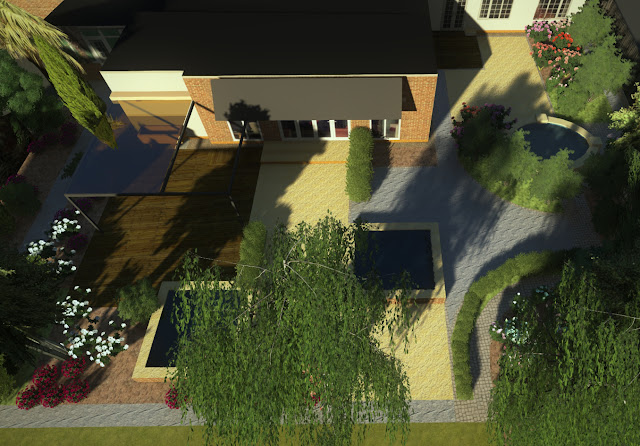 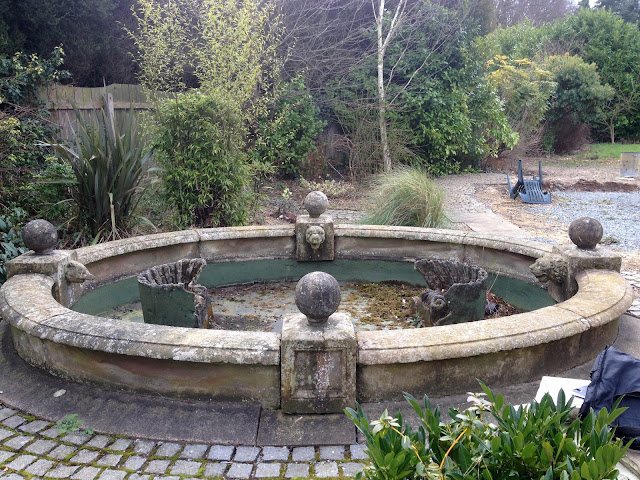 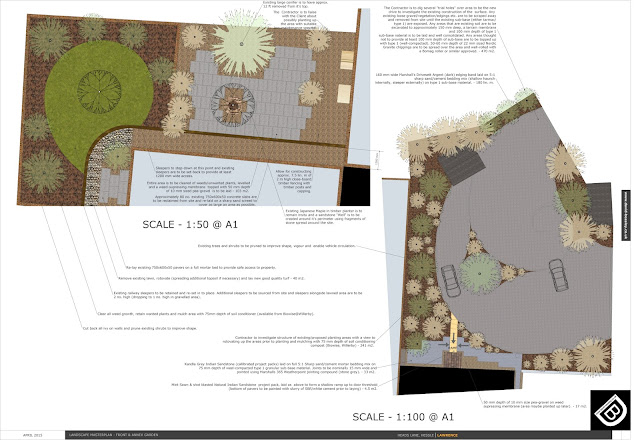 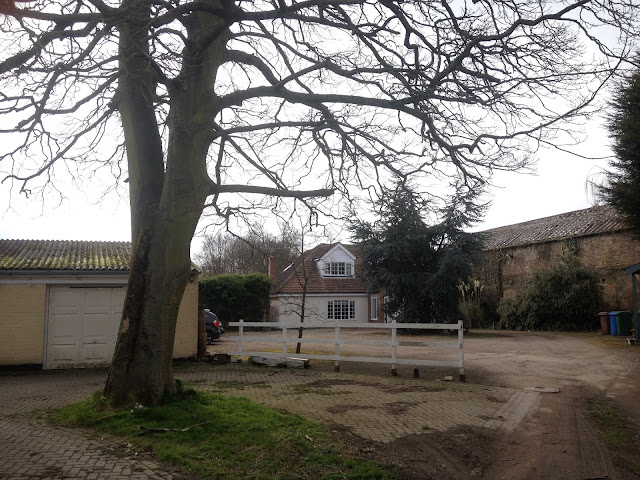 View Of Dirt Track Leading To Property And Existing Barn (To Be Part Demolished). 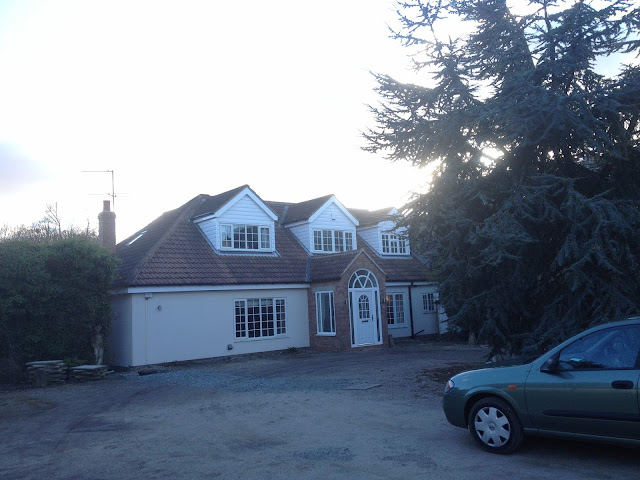 View Of Recently Renovated Property And Large Existing Cedar Tree (To Be Retained). 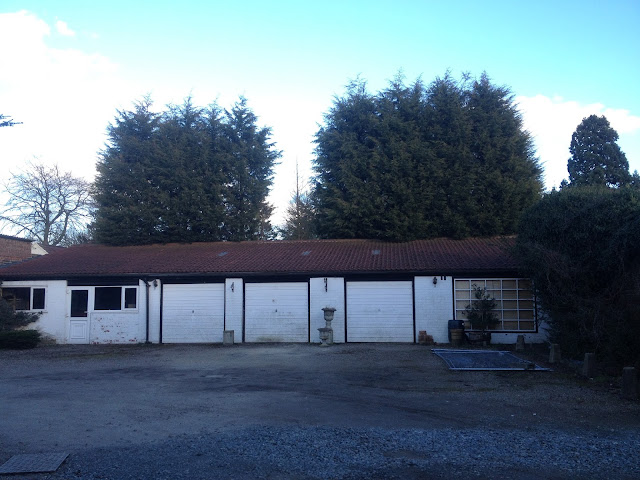 View Of The Properties Extensive Garaging.


The above large rural property is located at the end of a long "dirt track" off Heads Lane, Hessle, East Yorkshire.

The property has been recently extended to the front and rear and the house sits in large grounds extending over 1 acre.

A large extension at the rear (built over a demolished swimming pool) now incorporates a large open-plan kitchen/day room and has been built with a flat roof to incorporate a large balcony above.

The site has been largely levelled by the building contractor and the only substantial feature that is to be retained is an original "Georgian" stone ornamental pool.

The Design Brief for this area was to cover as much of the area as possible with hard-landscaping (paving) to keep the maintenance down to a minimum, but to provide interest by having various different levels and changes in material.

The inclusion of two large raised water-pools was also part of the Client's wishes as was shading structures for the property/terraces and a structure to house solar panels as the house is South facing in an open aspect.

The existing garden is well-stocked with plants and the Client expressed that as many plants as possible are to be up-lifted and re-positioned when construction occurs.

Attached to the main property there is a self-contained annex which has it's own courtyard garden. This garden features attractive brick walls and mature planting but is in need of a major tidy up/prune. A large number of existing concrete pavers retained on the site are to be laid in this garden to cover the area as much as possible and this is to be softened with gravel beds and planting to create a low-maintenance garden for the tenants.

To the front of the property is a large square-shaped courtyard/parking area bounded by the property, a large brick agricultural barn next door (which is to be part demolished as part of a large neighbouring housing development), the Clients extensive garaging and a farmer's field (which is also to be built on).

The Brief for the front was to come up with a scheme where the existing tarmac surfacing (which is currently under a layer of weedy growth/gravel) is top-dressed with new hard-wearing gravel with well-defined physical edging. Beyond the edging is to be newly prepared planting beds with the best of the existing shrubs retained. The scheme is also to include entrance ramp/access footpaths to the property which are to be constructed from similar materials to those in the back.

My design allows for a series of inter-connecting spirals based on the "Golden Rectangle" and the gravel to be laid is 22mm sized grey Nordic Granite and the edge blocks are to be granite effect concrete blocks.

This scheme is currently with a Landscape Contractor for pricing and all being well should commence being constructed late in 2015.