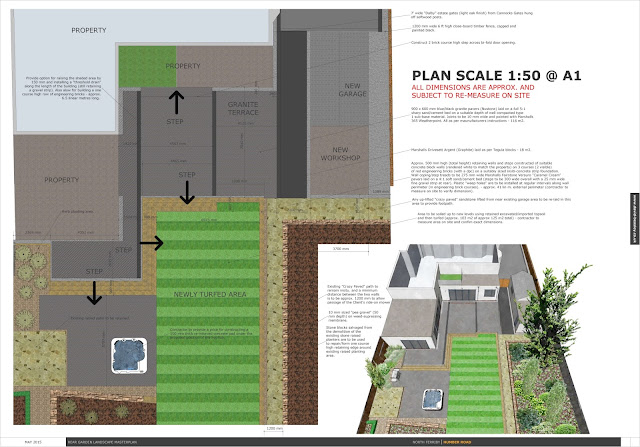 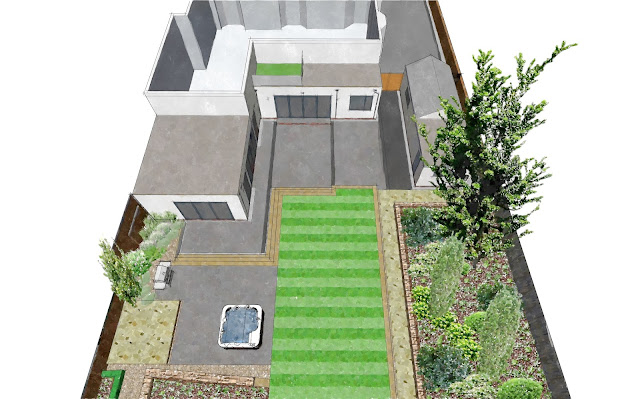 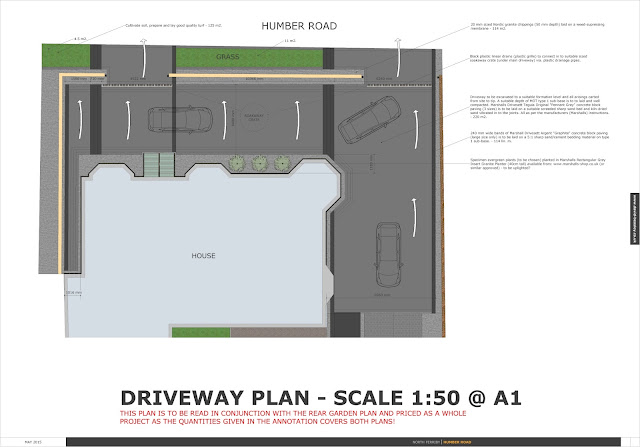 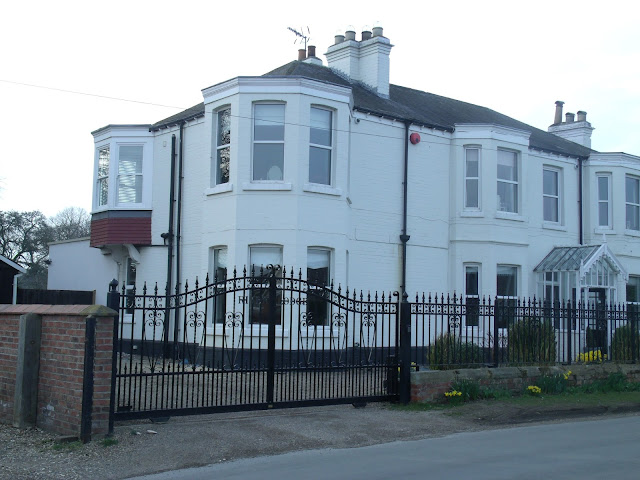 This large detached Victorian villa in North Ferriby has recently had a large, white rendered extension built at it's rear with several sets of bi-fold doors. The front of the property is also to be externally insulated/rendered to match the rear and the existing garage is due to be demolished and re-built to match the property.

The implementation of these extensive building works have damaged the existing garden surfaces and, on a positive note, opened up opportunities for the the rear garden/front driveway to be improved to suit the new house internal layout and the family's modern lifestyle.

Upon my suggestion, the new garage is probably going to be re-built in the same position but slightly rotated on it's axis so that the garage runs parallel to the property.

The existing gravel surfaced driveway is to be removed and replaced with a grey coloured concrete block paved drive to compliment the white rendered property. Several bands of a rougher surfaced, darker block paver are to be installed to visually break up the large expanse of paving and add interest. New timber garden gates are to be installed between the new garage and the house.

To the rear, the bands of darker paving form a larger body of paving and meet a large terrace of blue/black granite paving which runs around the perimeter of the house.

Beyond the main granite terrace, the central portion of the garden is to be raised up by approximately 18 inches behind new retaining walls and turfed. This new turfed area will flow in to the existing large lawn to the rear of the garden.

The new retaining walls will be constructed from red engineering bricks to match the base of the building and the new steps and wall coping will be paved with a buff coloured sandstone to match the parapet coping detail on the new extension.

This project is expected to be constructed in 2016 and is currently being priced by a local landscape contractor.