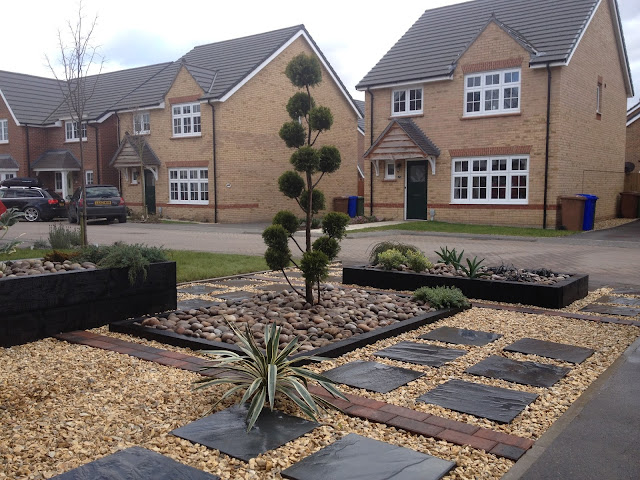 A View Of The Recently Completed Garden Looking From The Front Door. 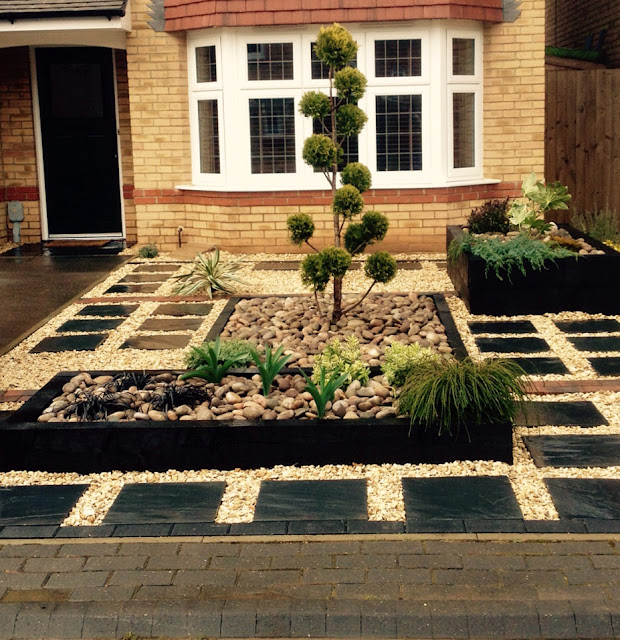 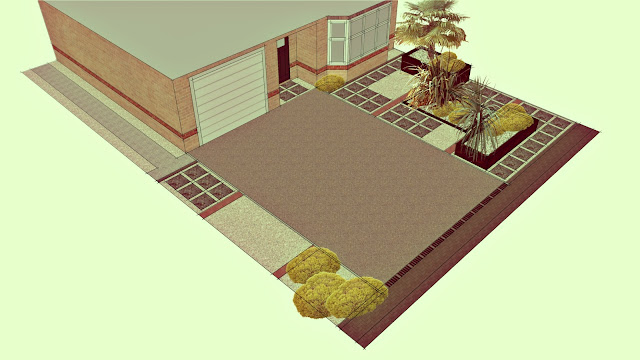 The Concept Design For The Front Garden / Drive. 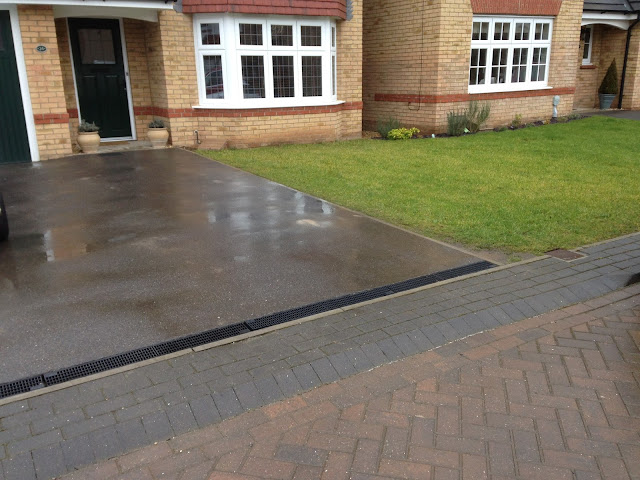 The Existing Garden Prior To It's Transformation.

This small front garden project was initiated by Ashwood Services who had a request from a prospective customer to transform a boring turfed front lawn in to an low-maintenance, all-year-round-interest, focal point that gave the property more "kerb appeal".

The Client owned a high-end kitchen design/manufacturing company and had recently down-sized to this smaller house and was struggling to park two cars on the existing tarmac driveway and still be able to access them/easily pass by without standing on the grass.

The plan was therefore to, in effect, widen the driveway by providing "stepping stones" that the couple could stand on in all-weathers. These were laid in a grid pattern at the Client's request as they had seen similar front gardens done in Australia when visiting relatives and liked the look.

The couple's rear garden had already been landscaped in a contemporary manner by a builder (who built them a modern extension with bi-fold doors) and they had planted this up themselves using "architectural plants" such as box hedging, bamboos and palms etc. The initial idea was to replicate this look frontways but the Client changed their mind slightly in favour of less exotic looking plants but ones still with interesting forms etc.

A relatively cheap white gravel was used to mulch most of the area as this was the gravel used predominantly on the rest of the housing development and was easily sourced locally.

All planted areas were top-dressed with a layer of contrasting "river cobbles" and two bands of red colored block paving were installed to compliment two similar brick bands on the property and to help tie the two together.
Posted by David Beasley at 13:05