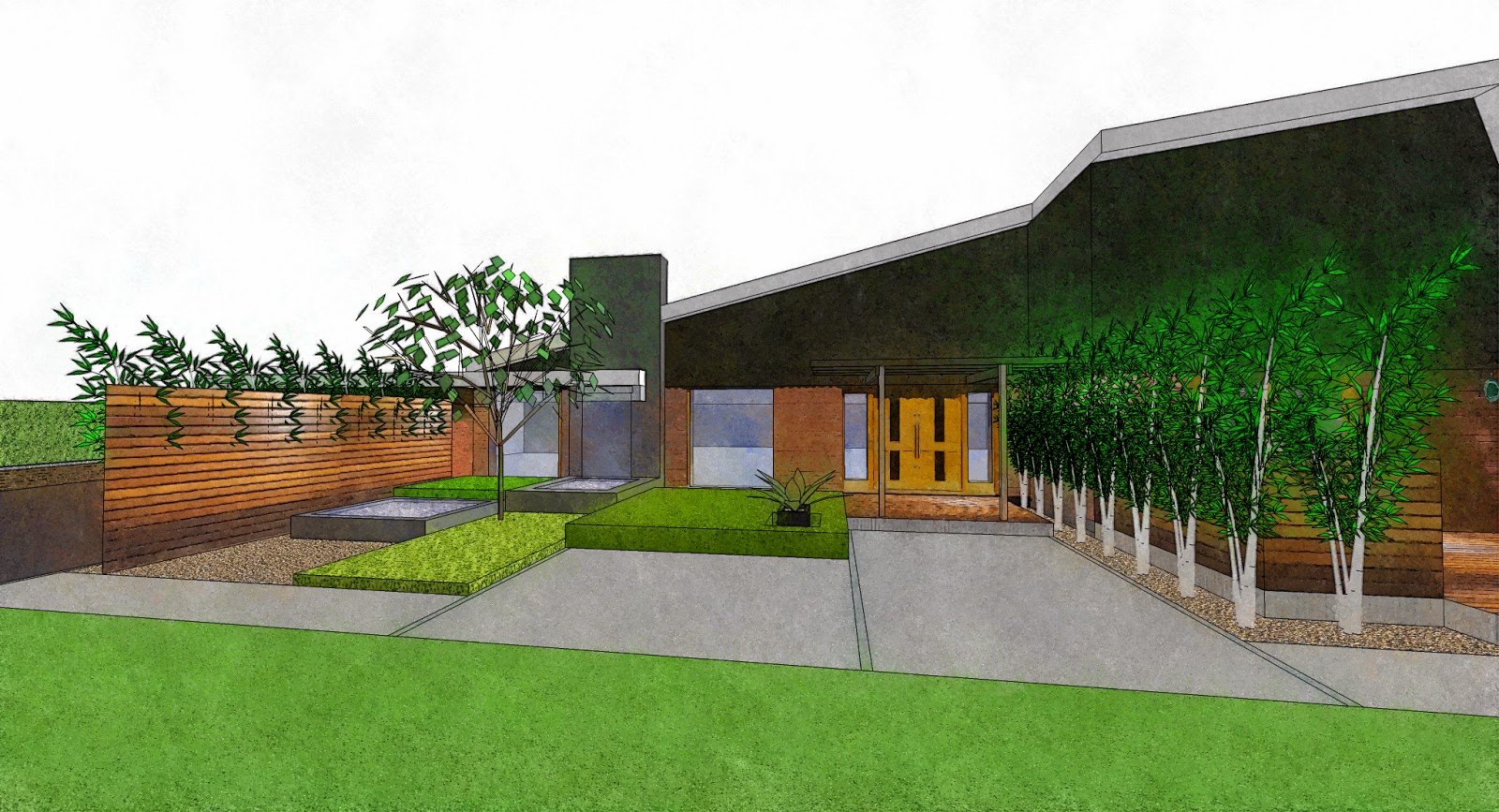 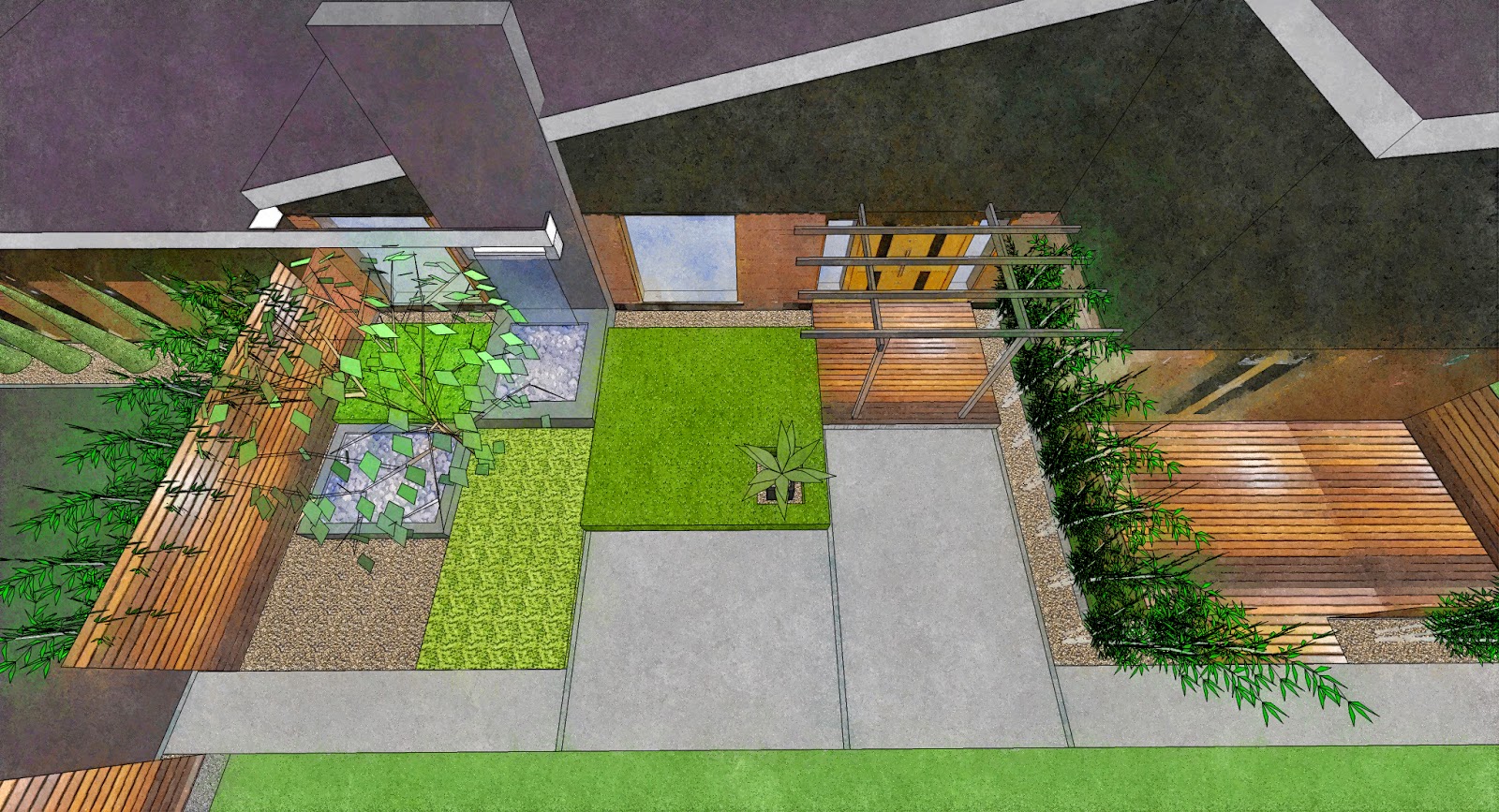 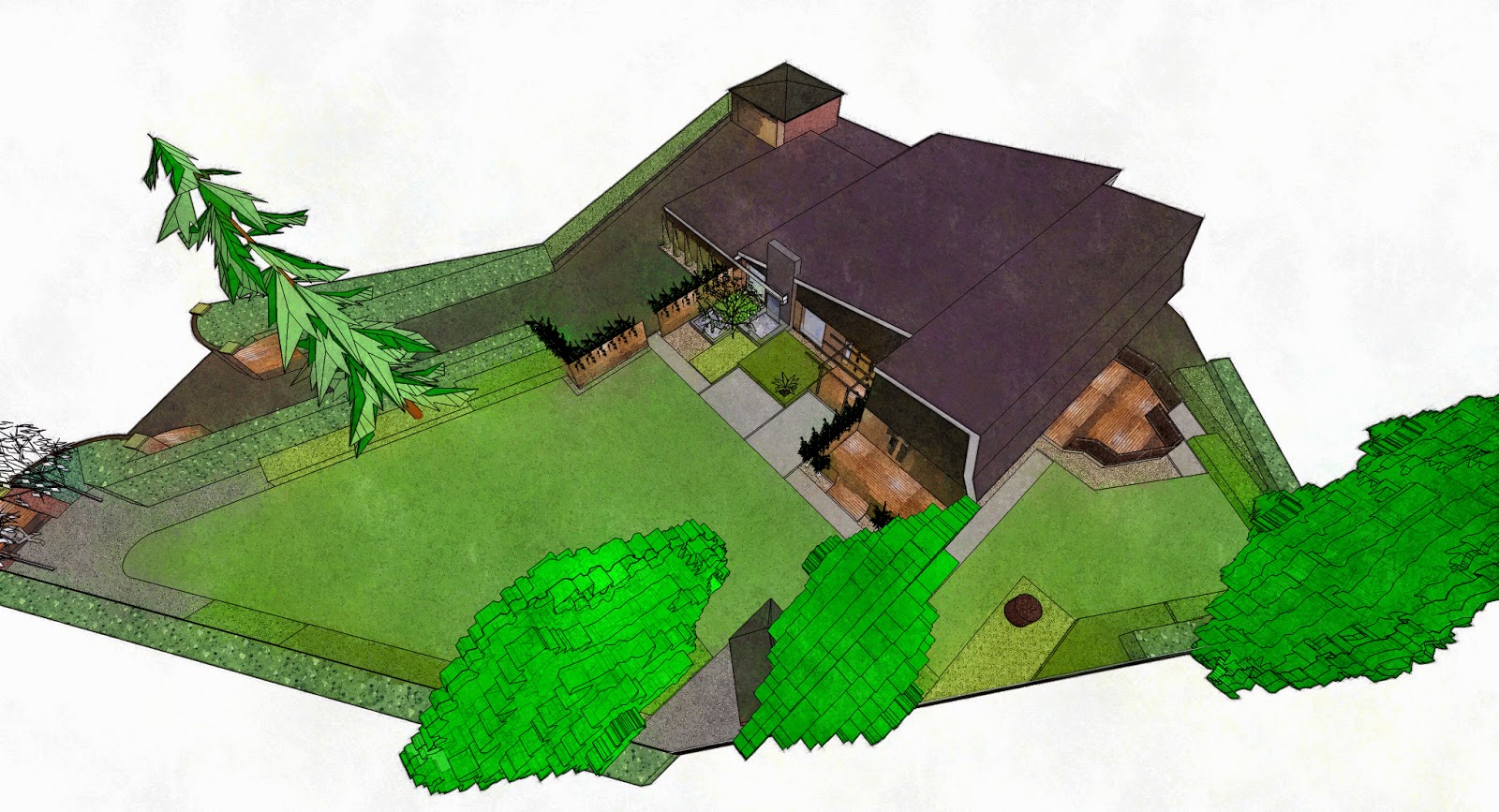 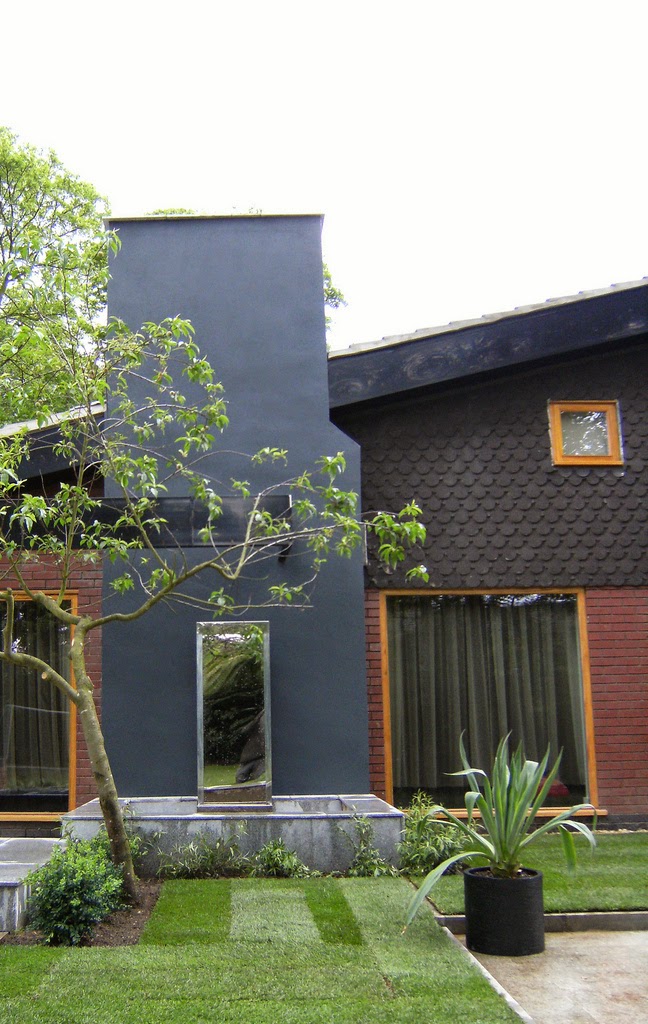 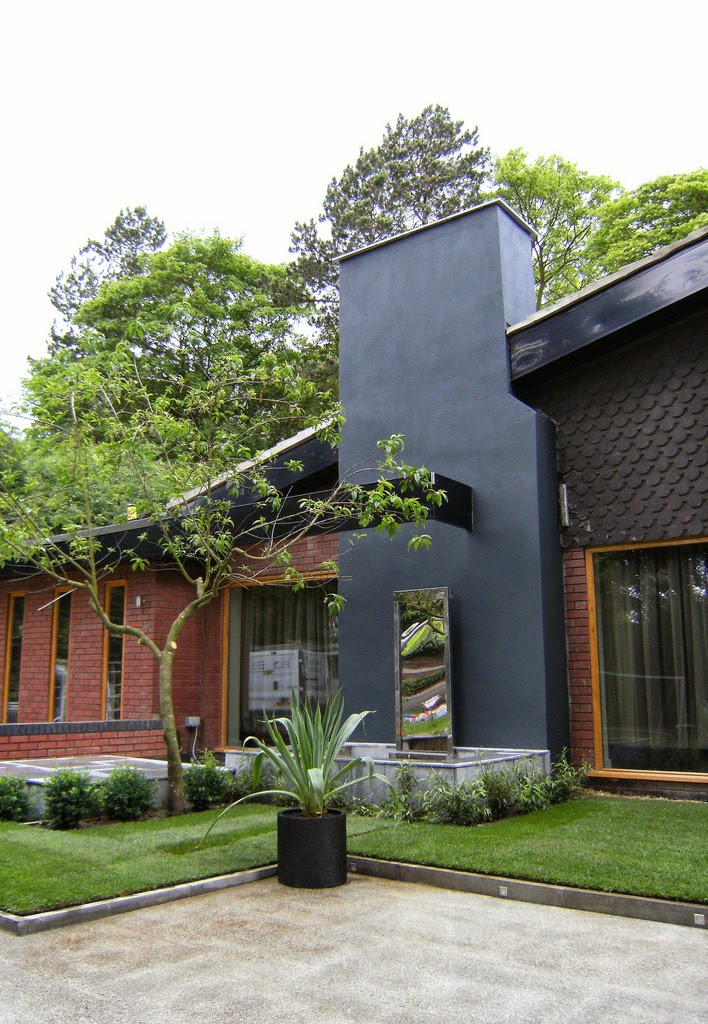 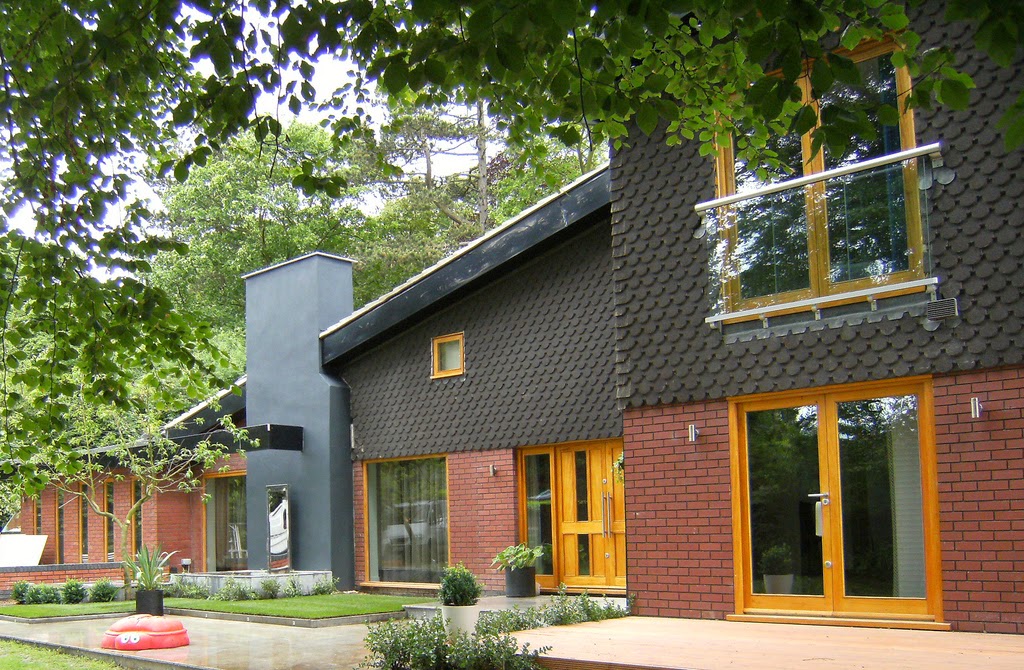 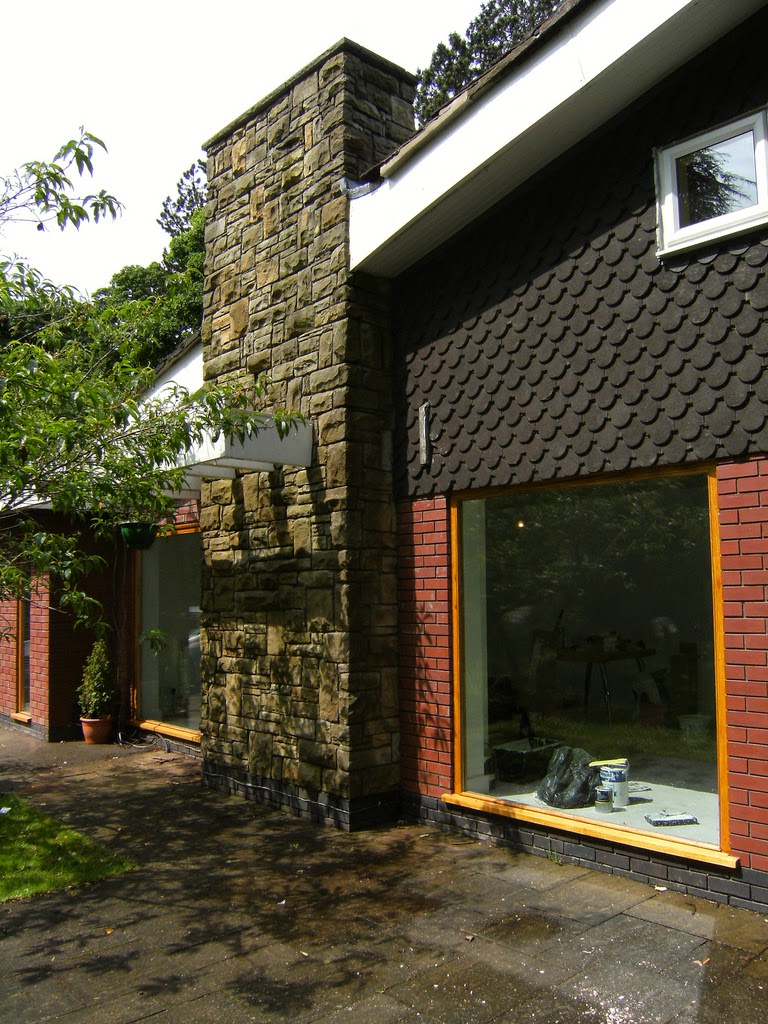 Existing Garden Prior To Building Works And Landscaping.

This large-sized contemporary family garden off Kemp Road in Swanland, East Yorkshire was designed during 2008.

Prior to commencing my design, the garden was mainly laid to lawn with an existing timber deck to the side (with views over the Humber), an existing concrete slab paved area on the front elevation of the house and a long tarmac driveway leading out to the road.

The Design Brief was as follows: The Client (who was a local builder) wanted to make a feature of the main entrance to the property and wanted a garden to entertain and relax in that was also "child-friendly".

The main design-feature was to be a large terrace constructed from granite paving and an arrangement of raised beds/a water feature around a central chimney breast (that was to be rendered a charcoal colour). Also, a low timber deck was to constructed as a (South facing) place to relax just outside the kitchen door. The property was still in the process of being renovated and the long-term goal was to put a Landscape Masterplan in place that could be adopted over time.

This design was completed and  handed over to the Clients during 2008. The landscape construction works took place later that year and the photographs of the completed garden were taken soon after when I returned to site and undertook the turfing and some planting for the Clients.

As the Client was a builder, and I had no involvement in Project Managing the scheme, he did slightly veer away from my design (i.e. missing out the "banding" in the paving and the front step "pergola".