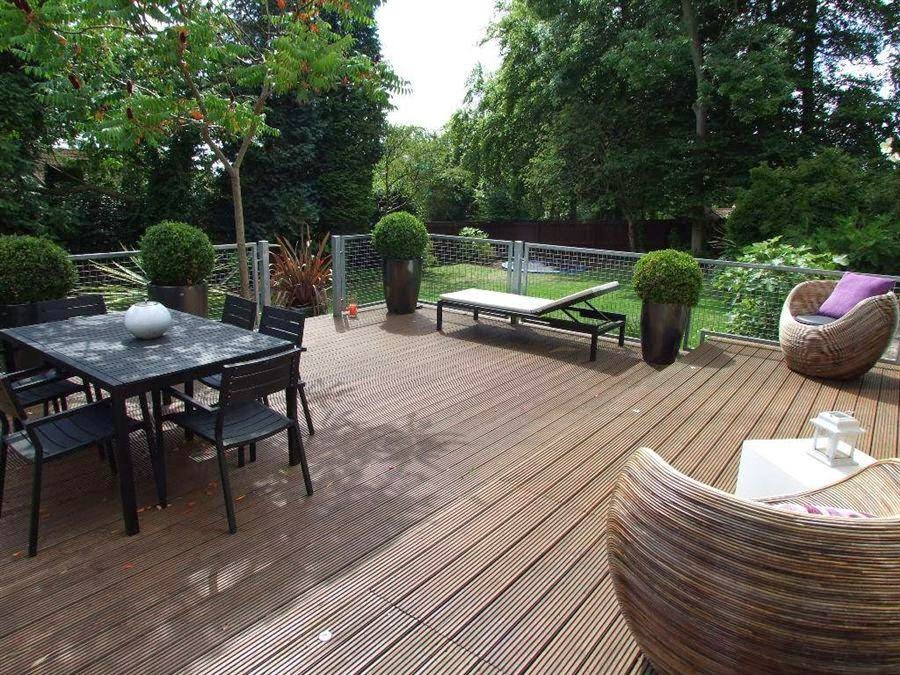 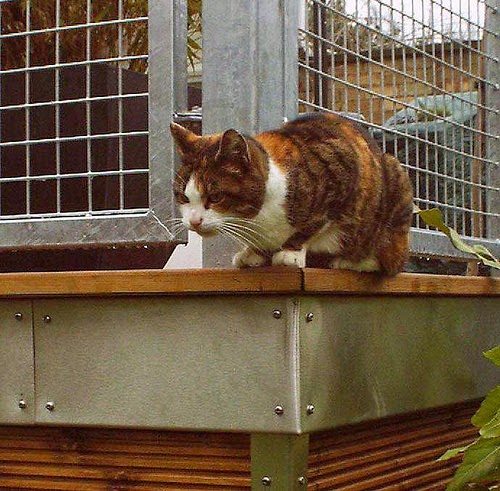 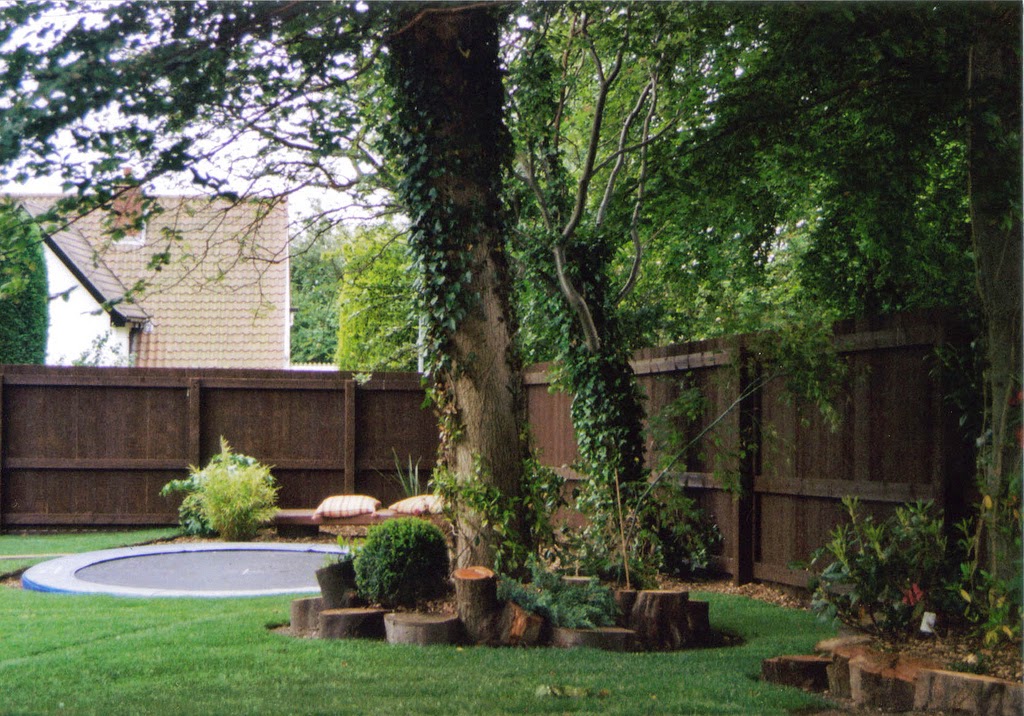 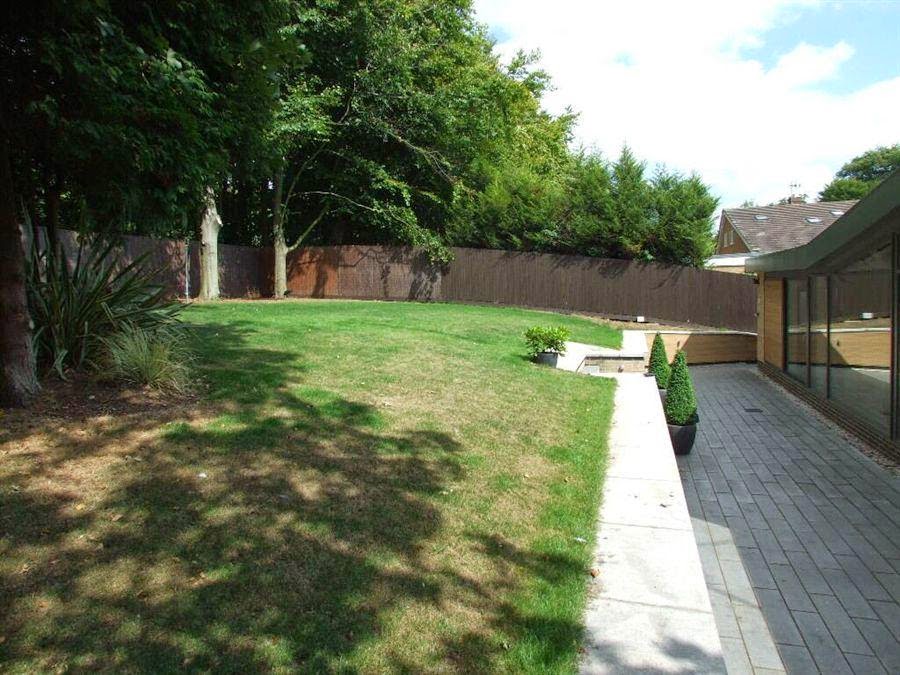 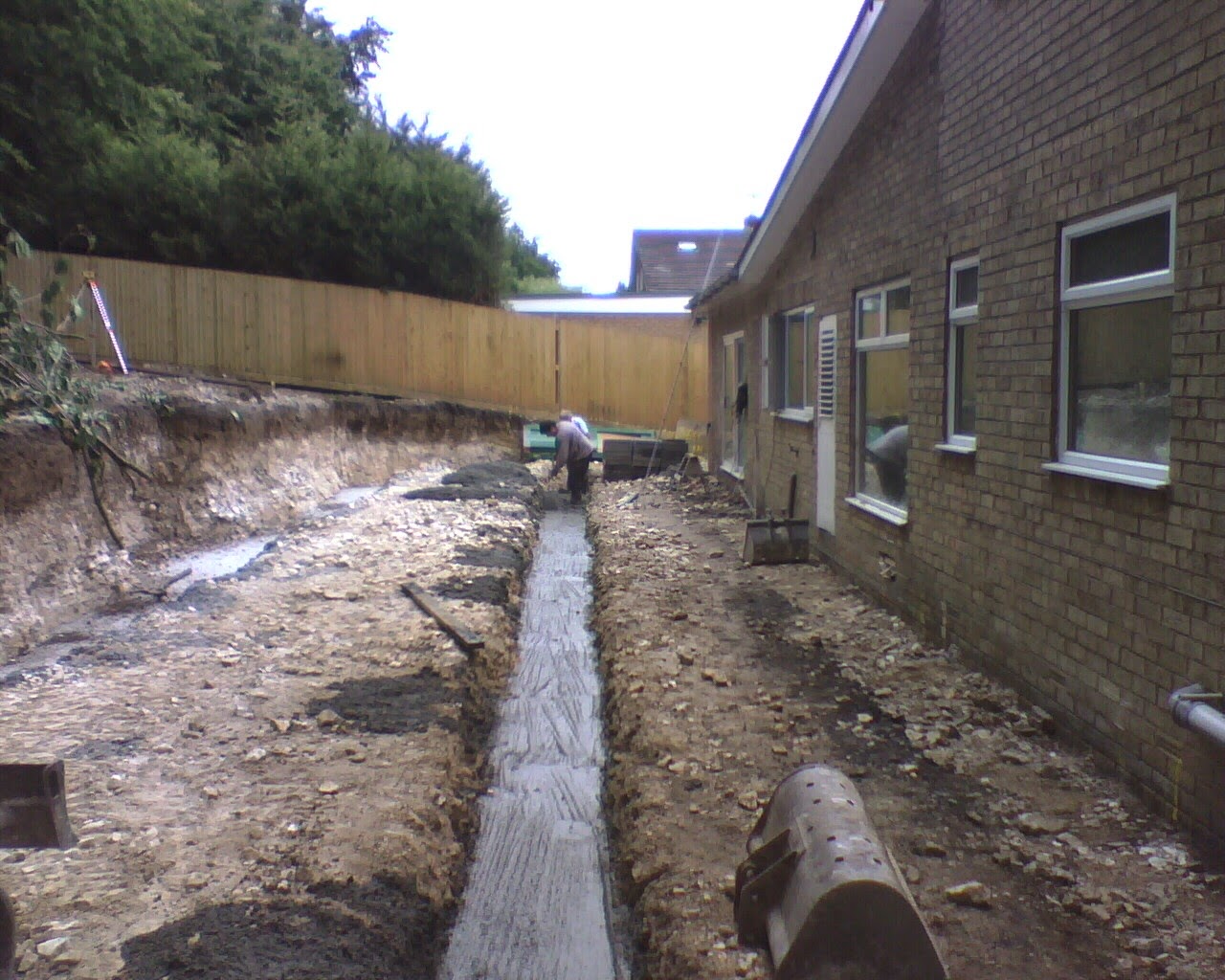 Extension Footings Being Set-out And Installed. 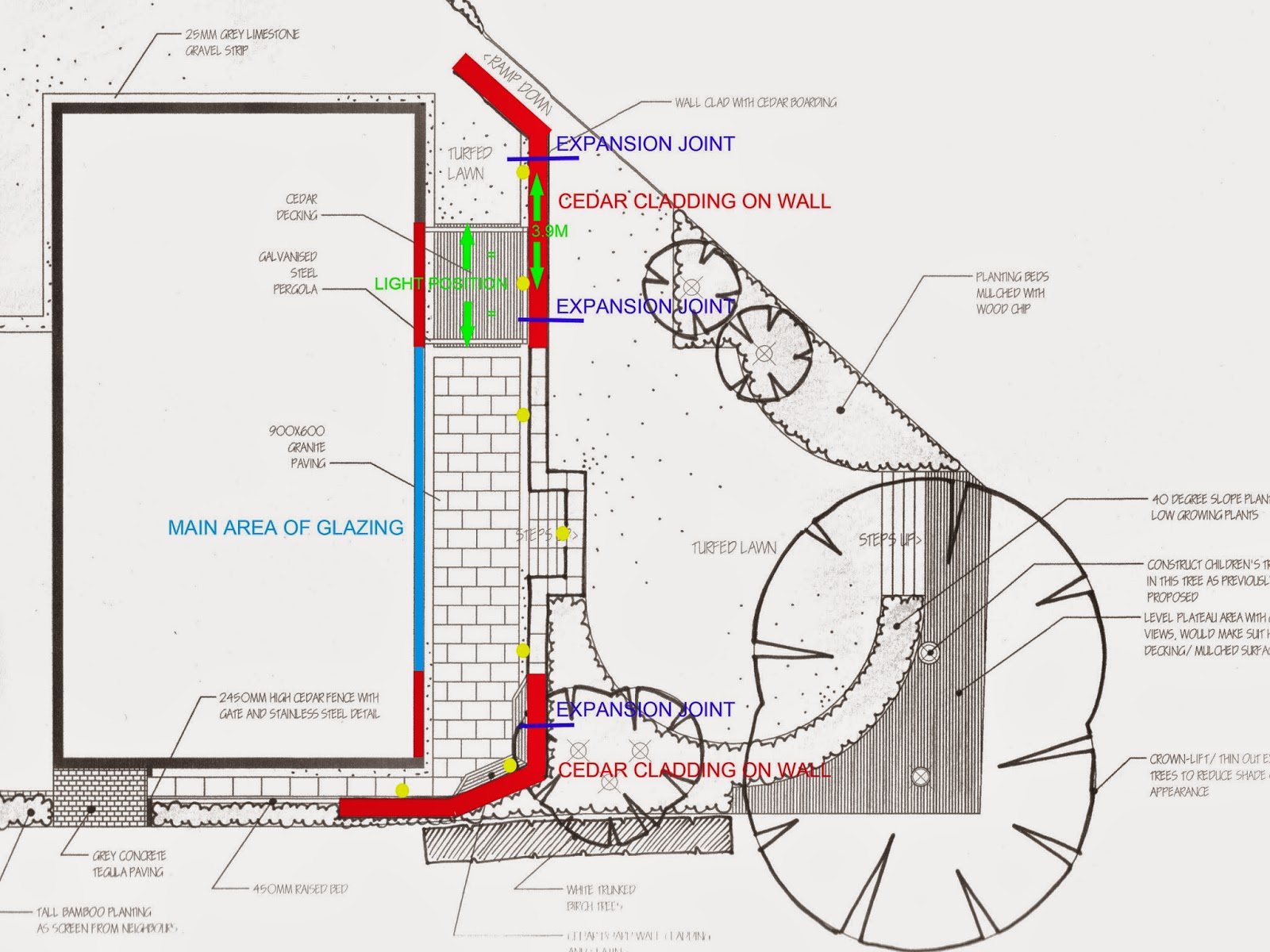 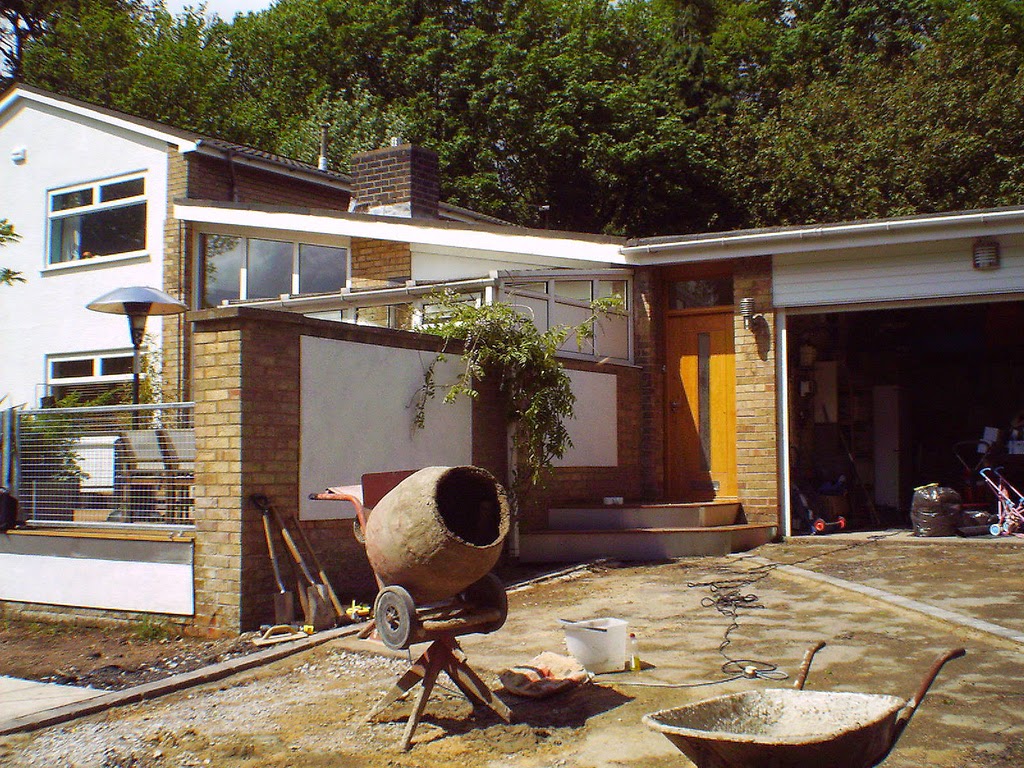 To utilise my spare time over the Christmas break, I have taken the opportunity to post up some large projects from a few years back and some smaller (general landscaping) jobs I have designed this year.

Please keep scrolling down the posts and press the "older" button if necessary to see the interesting large gardens that I have designed/help construct during 2014.

I started working on the above project in 2005 whilst I was still undertaking "hands-on" landscaping as a self-employed contractor. My drawings were a bit more basic at the time so I have chosen not post them up.

This project, on-and-off, kept me occupied for about four years including help Project Manage the construction of a large extension to the rear of the property and major internal re-modelling to make the house open-plan.

My first task was to design and help construct a large raised deck over an existing crumbling raised patio area. My design included the fitting of contemporary galvanised mesh balustrades around the deck with stainless steel trim to the perimeter.

I was then given the task to enlarge and improve the existing tarmac driveway which was to be edged in Marshall Tegula block paving and include two diagonal bands that focused the eye on the properties front door.

The existing concrete steps at the front door were built over with a hardwood deck which also incorporated lighting, a raised planter and was again edged in stainless steel.

The next major project was to hire a large JCB to up-root lots of self-seeding Sycamores that were getting quite large clearing the fence-lines for a future fence. Whilst the machine was on site it was used to excavate a large hole in the chalk underneath the site to house a sunken trampoline. Once the new 2 metre high feathered-edge timber fence was erected, the trampoline was installed in place and landscaped around.

After doing all this landscape work I was dropped the bombshell that the Client now wanted to greatly extend the property and completely re-model the interior so that it was mainly open-plan downstairs whilst cladding/rendering the exterior so that the boundary of old property and new extension was seamless! All of the proposed building work was obviously going to have an impact on the recently installed landscape features such as the driveway which was used for storage and mixing etc. but fortunately, I was asked (along with my Father) to help Project Manage the build and thus reduce any potential damage.

The next major landscape project as part of this process was creating a large paved terrace at the rear of the property. As you can see from the images above, there was a large grass covered chalk bank running the full length of the garden. This was excavated into and a brick retaining wall (designed by myself after rejecting the architect's for being only 600mm away from extension!) was built the full length.

After also setting out the extensions foundations, the area between the extension and the wall was paved by myself using granite "planks".

Surprisingly, after the upheaval of completing all the building and landscape works, the owners of the house put it up for sale and moved a year later.