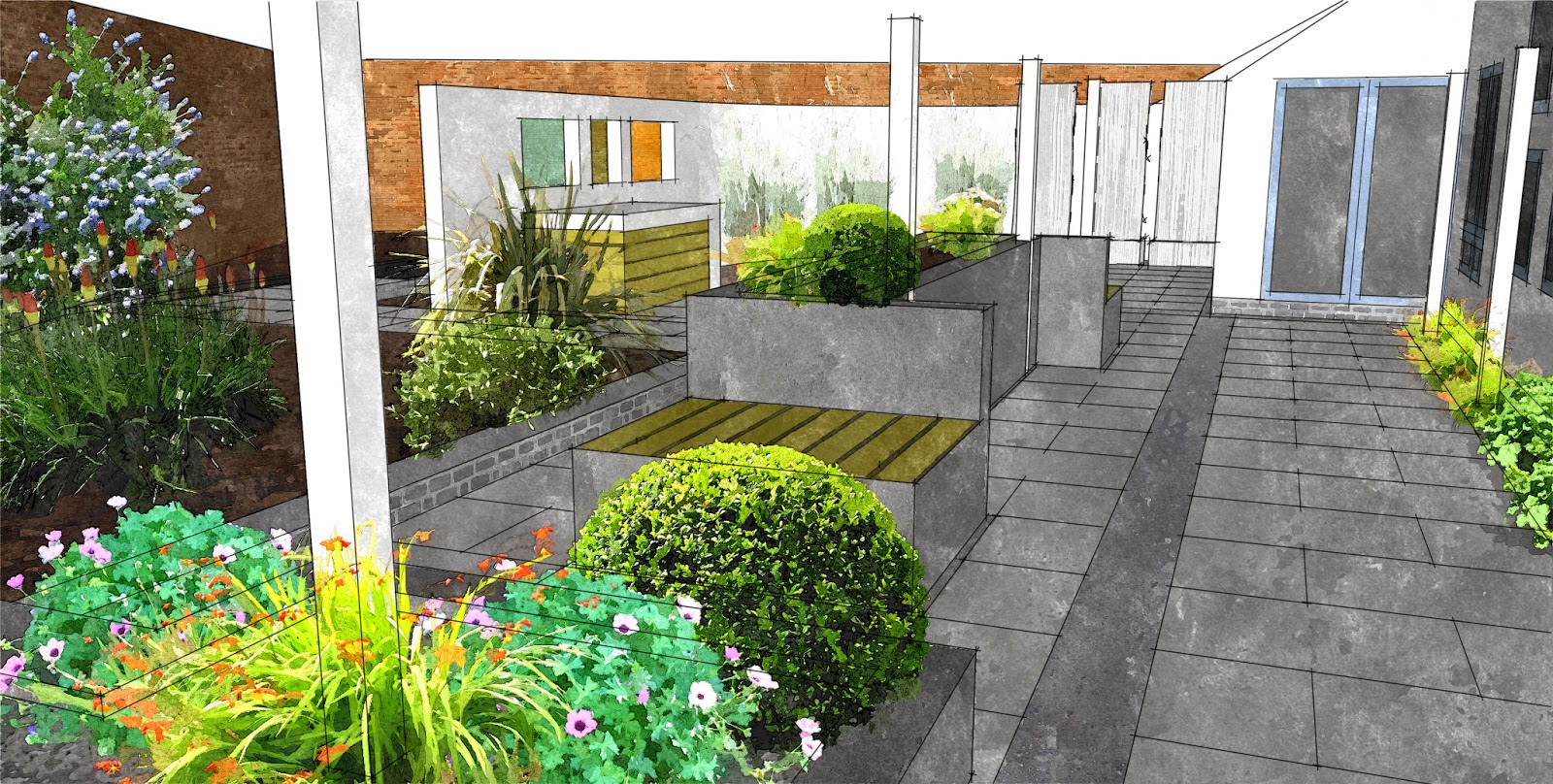 View From Under Proposed Glass Verandah 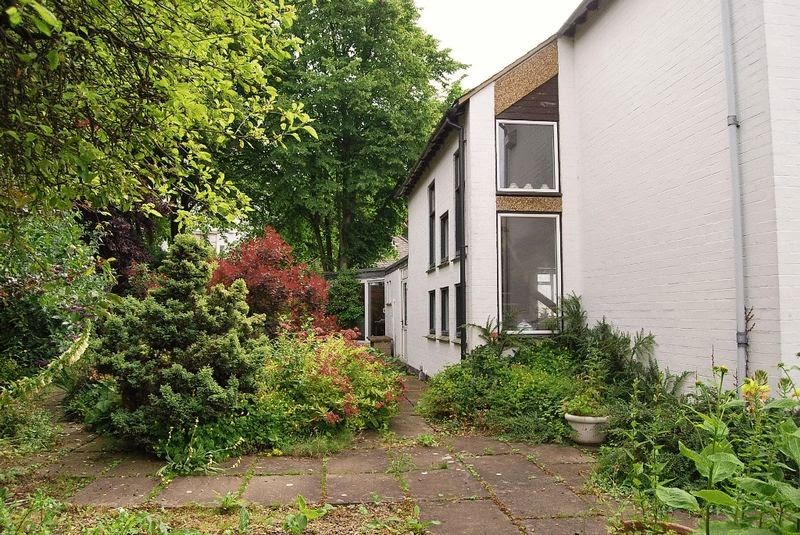 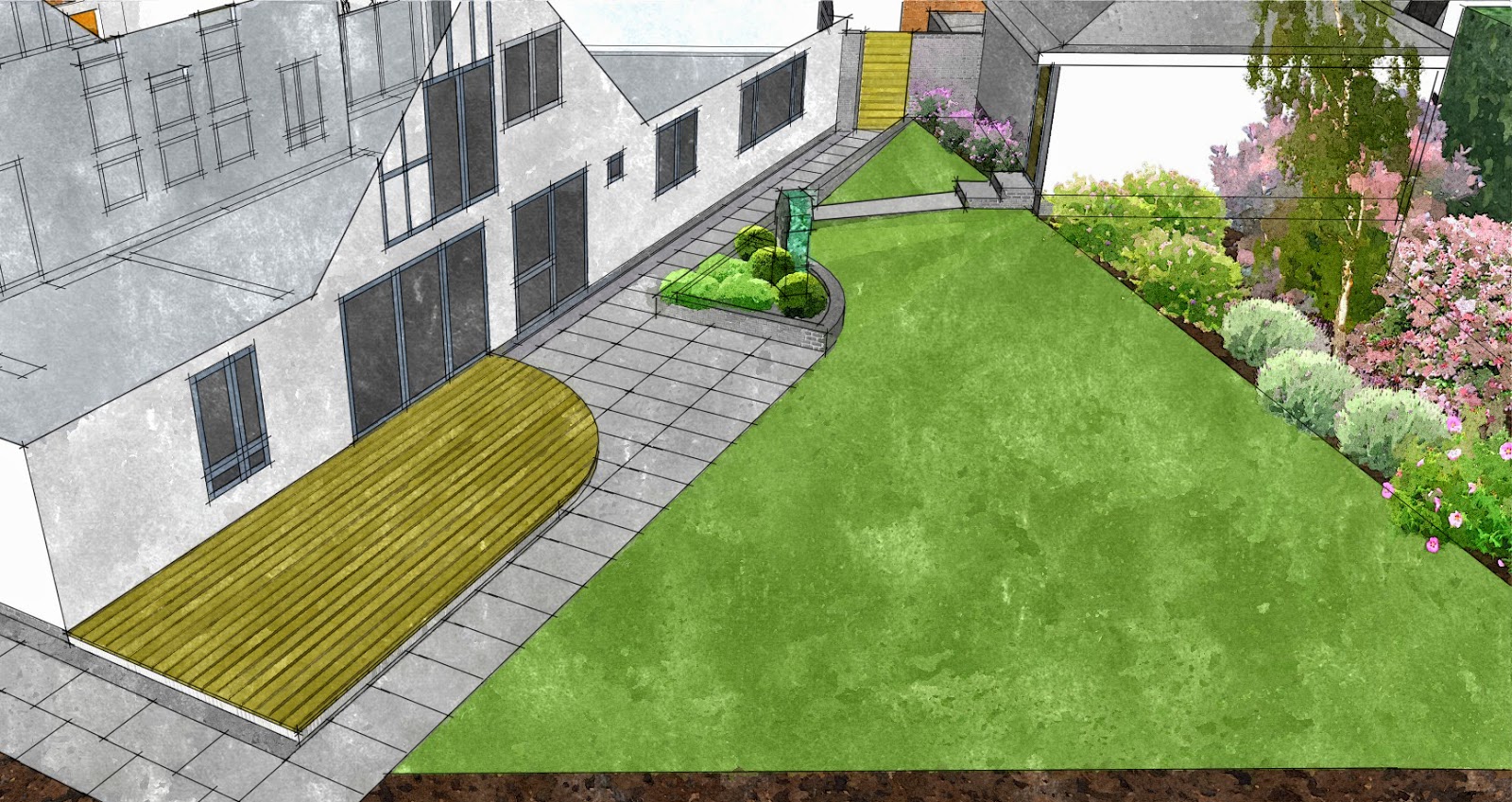 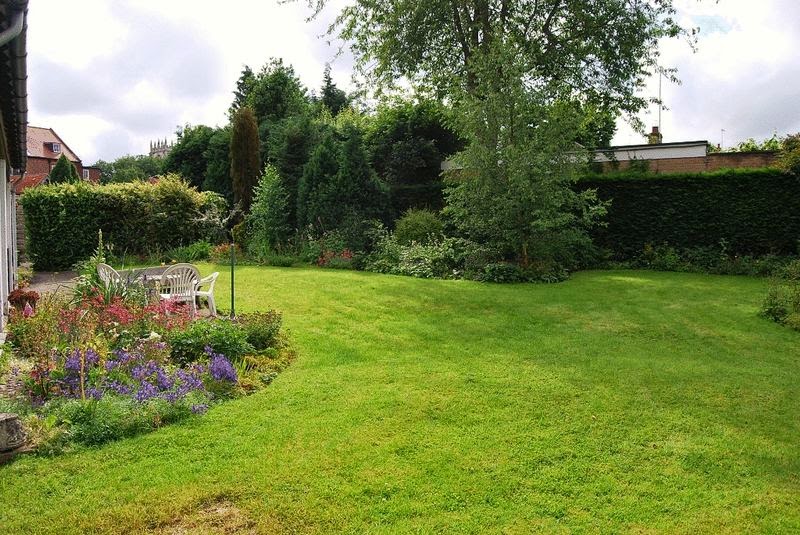 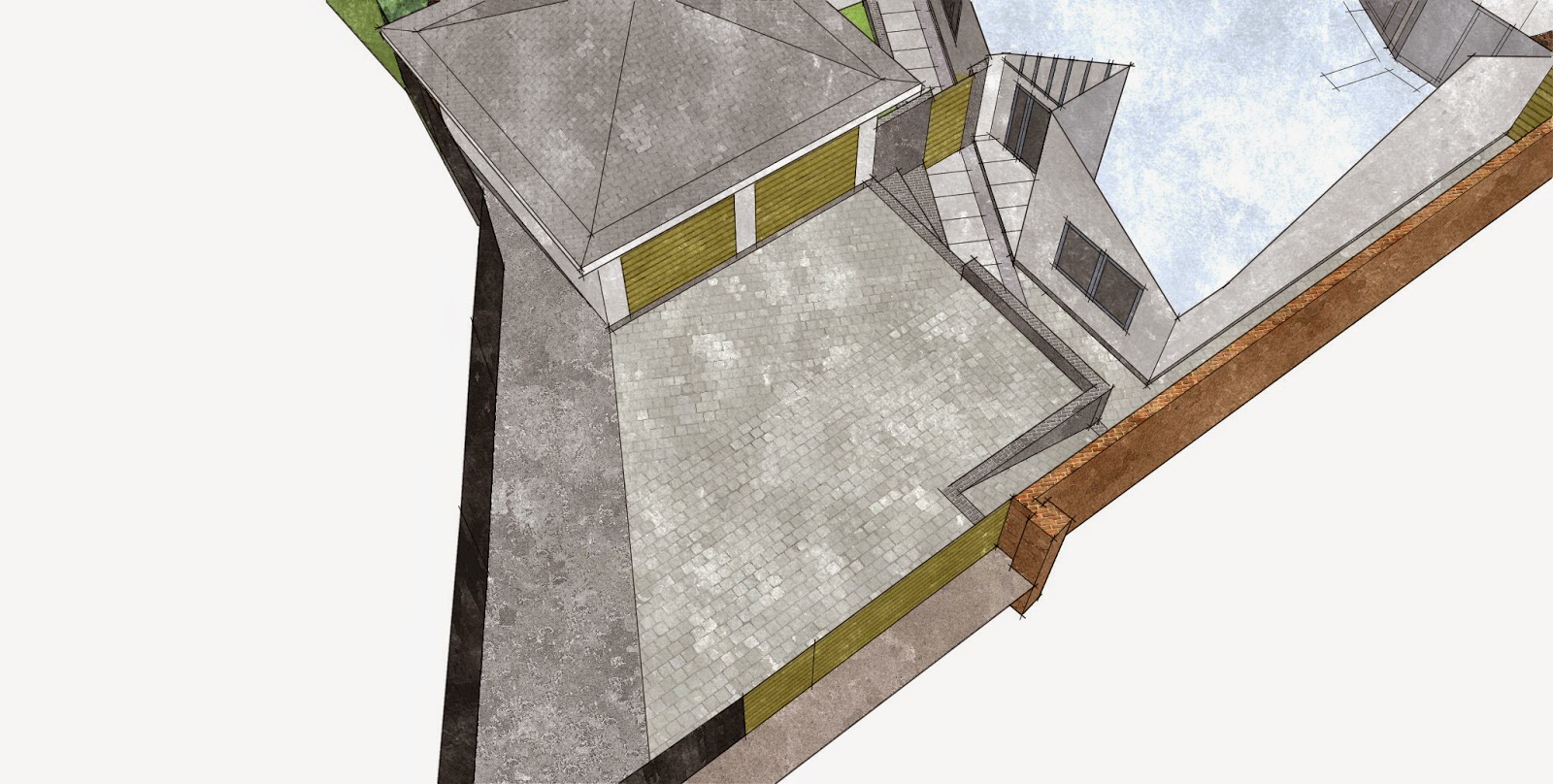 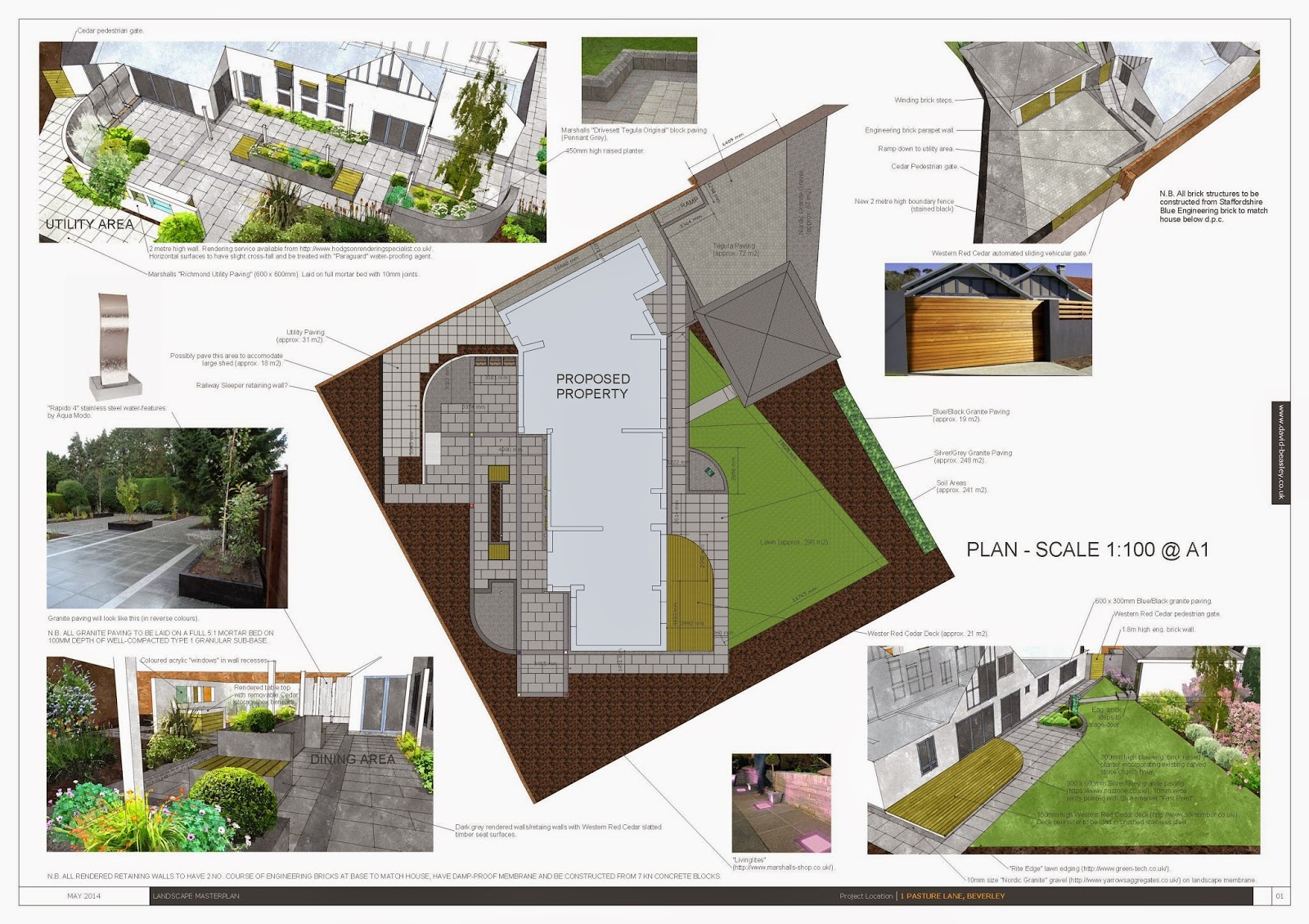 This large-sized family garden in Beverley, East Yorkshire was designed during the Spring of 2014.

Upon my initial visit, the garden was mainly laid to lawn at the front with an existing tarmac drive. To the rear was a large paved terrace and some existing low brick walls forming raised planting beds. The site boundaries were a mixture of high old brick walls and modern timber fencing.

The existing detached property was to be greatly extended and re-modeled to form a large contemporary "white box" house with rendered external walls, grey aluminium windows (including several "bi-fold" doors) and a slate roof. The Design Brief was as follows: A busy professional gentleman wanted a garden to entertain friends which had the "wow" factor, looked  good all-year-round and suited the architecture of the property once renovated.

The main design-feature at the rear was to be a modern "lean-to" glass veranda which partly covered a large terrace of granite paving to provide protection from the elements for diners. This area was to be screened-off from a utility area at the rear by building a curved, rendered concrete block wall which also incorporated a stainless steel water-feature and an integral table-top and storage box. This area also incorporates further rendered block walling which forms screening, raised planting beds and seating. This rear garden was to be further planted up with exotic looking "architectural" trees, shrubs and grasses to help soften the sharp lines of the modern architecture.

The property is down a private lane in the centre of Beverley and is to have sliding vehicular access gates fitted off this unmade road. A new concrete block paved driveway is to lead to a new double-garage and retaining walls, screening and a flight of "winding" steps all to be constructed from blue "engineering bricks" are to lead to the properties principle entrance which is to have a feature, granite paved threshold. A further granite paved footpath is to lead to a curved raised brick planting bed which is to house a large piece of ancient architectural masonry as a focal point. Beyond this, a large, curved-fronted, hardwood deck is to be constructed which is to have a brushed stainless-steel "skirt" round it's perimeter.

This design has just recently been completed and has been handed over to the Clients and their builders. The building re-modeling works have only just started on site and It is envisioned that implementation of the garden design landscaping will be "phased" starting on-site October 2014.